RSS (Evolution From an Organization to a Movement) 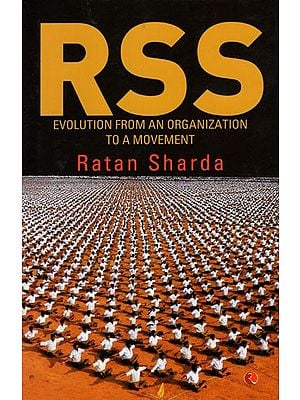 $30.00FREE Delivery
Ships in 1-3 days
Notify me when this item is available
About the Book

What makes the RSS unique? How has the Rashtriya Swayamsevak Sangh evolved from a `shakha'-based organization, which started in an obscure corner of Nagpur in 1925, to a pan-global movement? How is it possible for an organization not to split in nearly 100 years of its existence? Part of the answer lies in the personality of the heads of the RSS or Sarsanghchaalaks as they are respectfully called. Each of the Sarsanghchaalaks, from Dr Keshav Baliram Hedgewar to Dr Mohan Bhagwat, has played a key role in guiding and shaping the organization, helping it to evolve into a body that has shown exponential growth while playing a major role in the renaissance of Hindu dharma. Accessing RSS documents, written originally in Marathi and Hindi, conducting meticulous research in the archives, and relying on letters, official statements, resolutions, and his first-hand knowledge of working with five out of six Sarsanghchaalaks, the author provides a holistic study of the evolution of the RSS. The hundredth anniversary of the founding of the RSS is less than five years away. For the first time, readers will be able to have a historic, factual and authentic understanding of this gigantic people's movement, told by an insider.

Ratan Sharda has been an RSS member since his childhood and has worked at various levels of this organization. He also worked as an ABVP activist during 1975-77 in the days of Emergency and was a student leader, jailed while he was the general secretary of his college students' union He has worked closely with nearly all the major RSS-affiliated organizations during his days as a senior activist. Thus, he has a wide exposure to the working style of not only the RSS but its affiliated organizations too. He is a founder member of Vishwa Adhyayan Kendra (Centre for International Studies), Mumbai and was its general secretary for eight years.

Born in Mumbai in 1955 to Punjabi parents, he has received a PhD for his research thesis `Understanding RSS through Its Resolutions-Focus on North East, Jammu and Kashmir and Punjab. He graduated in arts from St Xavier's College Mumbai and did his post-graduation from Mumbai University. He also holds a diploma in Textile Chemistry.

A well-known face on TV panels and freelance columnist as commentator on national issues, Ratan Sharda has written many books on the RSS and has translated two major works on Shri Guruji, written by veteran RSS writer Shri Ranga

Founded on 27 September 1925 by Dr Keshav Baliram Hedgewar, the Rashtriya Swayamsevak Sangh (RSS), will soon be ninety-five years old. Ninety-five years of tapasya, rigorous penance and austerity, for the sake of the Hindu nation is how its eventful journey may be described.

It is impossible to determine the exact number of the members of the RSS. But with estimates upward of 8 million, it is probably the largest voluntary organization in the world. Daily, over 60,000 shakhas or meetings of the RSS take place in all parts of India and in several places outside the country.

The RSS has also germinated, nurtured and established some thirty all-India organizations. The prominent ones include Vidya Bharati, which runs 14,000 schools, Saraswati Shishu Mandir, also under Vidya Bharati umbrella, which runs 25,000 schools and the one lakh single-teacher schools called Ekal Vidyalayas. Besides India's largest workers and students unions, Bharatiya Mazdoor Sangh (BMS) and Akhil Bharatiya Vidyarthi Parishad (ABVP), the RSS is also credited with founding and supporting the Vishwa Hindu Parishad (VHP). In addition, there are over a lakh sewa or service bodies founded and supported by the RSS.

'Portions of this Foreword have appeared in earlier versions in some of my earlier writings, including columns in Daily News and Analysis (DNA), Mail Today and The Print. I thank these publications for carrying my views in their pages and websites.

The first thing that would strike anyone about the Rashtriya Swayamsevak Sangh (RSS) is that it is a unique organization not just in India but globally. Its objectives and its philosophy have been inspected with a magnifying glass and bookish analyses of its methodology have also been done. However, one problem with these analyses is that there is not enough available literature on the RSS, especially in English. This is especially noteworthy because most of its critics come from English-speaking backgrounds. Their harsh critique is mainly dependant on two books from the RSS. First, the book We Our Nationhood Defined that was disowned by writer M.S. Golwalkar, that is, Guruji himself, in the immediate years following his appointment as the Sarsanghchaalak. The second book is titled Bunch of Thoughts, which is a collection of Guruji's speeches till 1964. Guruji spearheaded the RSS through its most crucial phase, up to 1973. Being lectures, they reflect his views during those periods, including the worst period of Partition and its aftermath.

The complete works of Guruji were published in the following years. A newly compiled version with 12 volumes titled Guruji Samagra Darshan, was published in 2006. However, none of the critics or analysts seem to be inclined to read them. They present his views that are perennial in nature. Thus, most of the books and essays on the RSS are based on poor study and written by Left-oriented intellectuals and academicians, essentially biased against the RSS, and coloured with a priori conclusions.

One of the reasons for this gap in perception and reality is also a lack of enough material from the RSS in English, and many researchers have admitted this to me personally. However, there is good amount of material in Hindi and other regional languages, but efforts to procure them seem to be too much for researchers. The blame, thus, also can be put at the door of the RSS, for not making its literature easily available. Therefore, the viewpoints we read are a standpoint built on a Western ideological and political framework. These exercises map 200-300-year-old Western idioms of religion, nation state and secularism on to at least 8,000 years of documented Hindu way of life, which has a different conceptualization of the civilizational narrative that speaks of Dharma, Samskriti, Rashtra and Nirvana-realization of the Ultimate Truth that can be discovered through various paths. 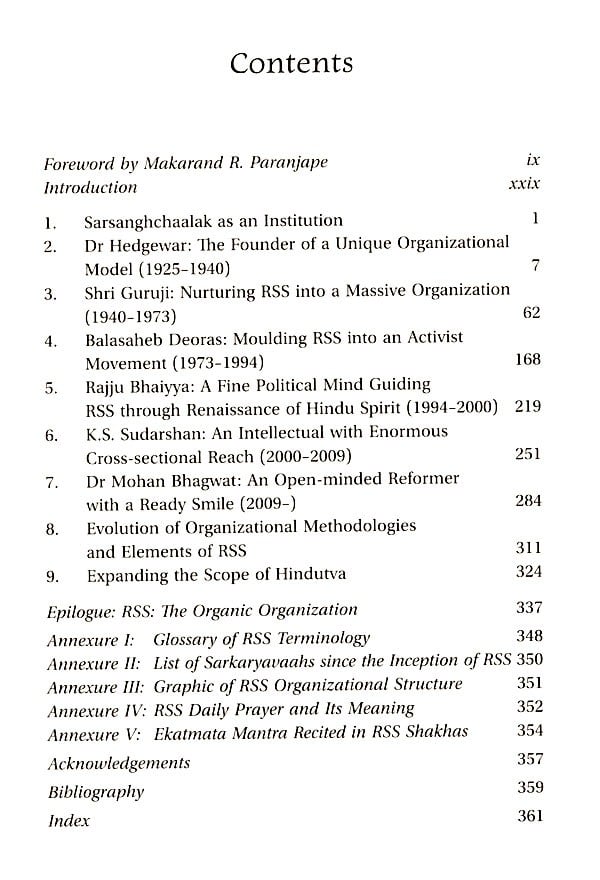 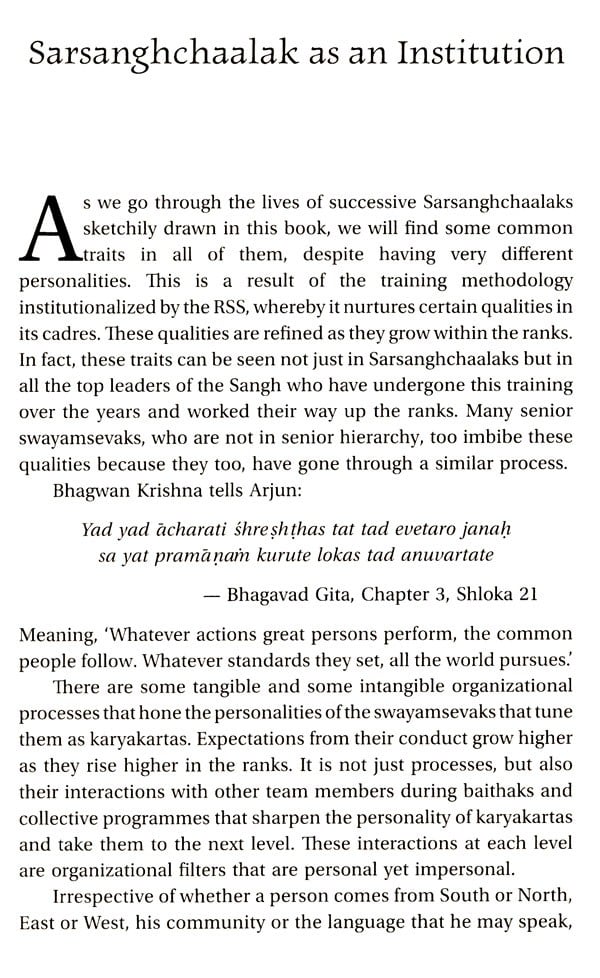 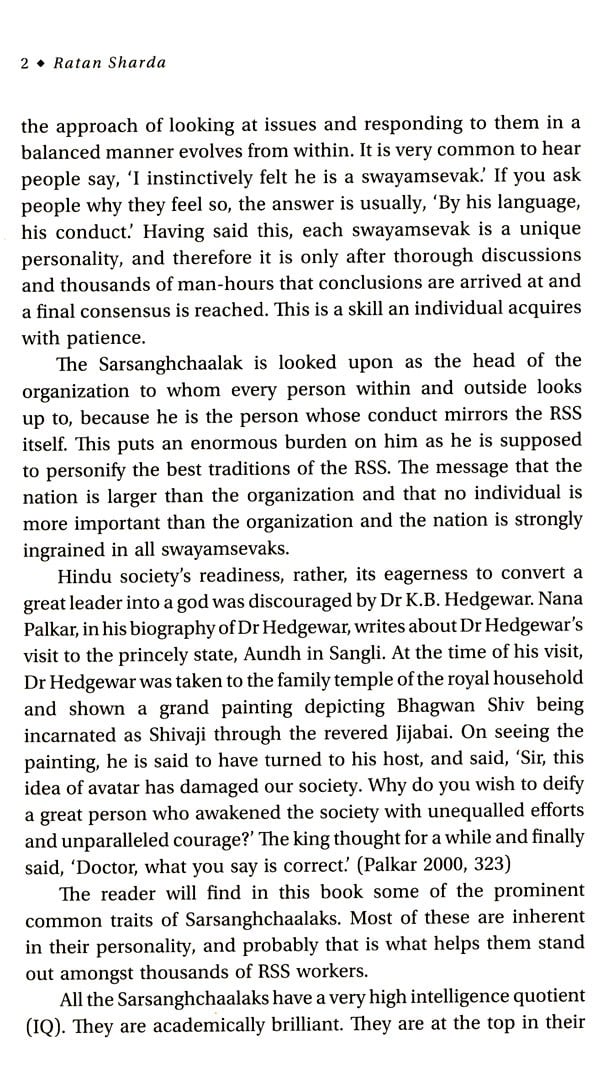 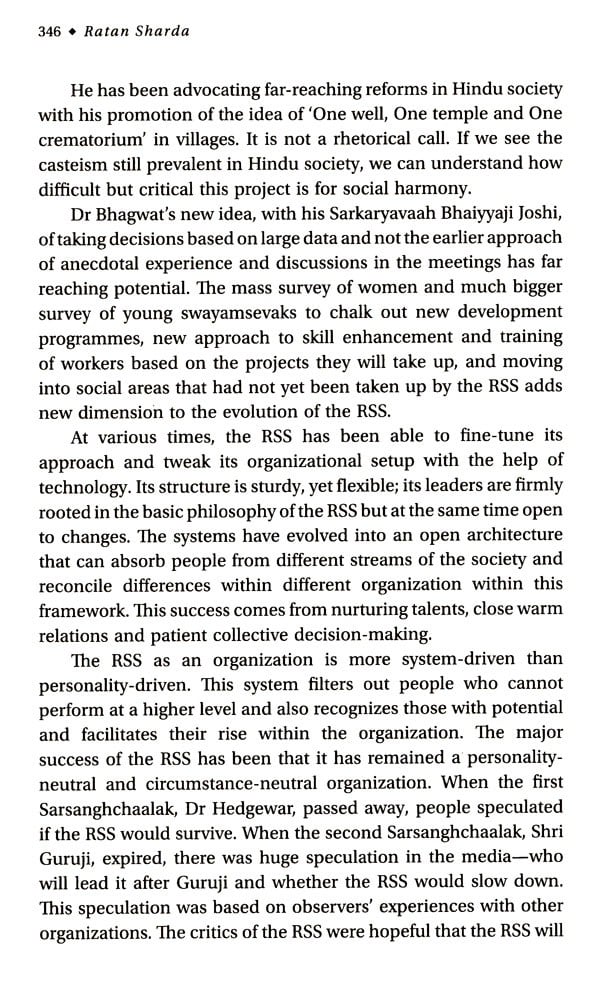 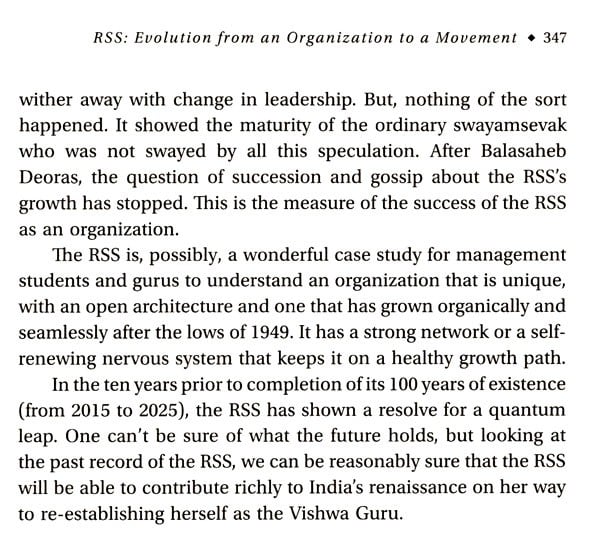 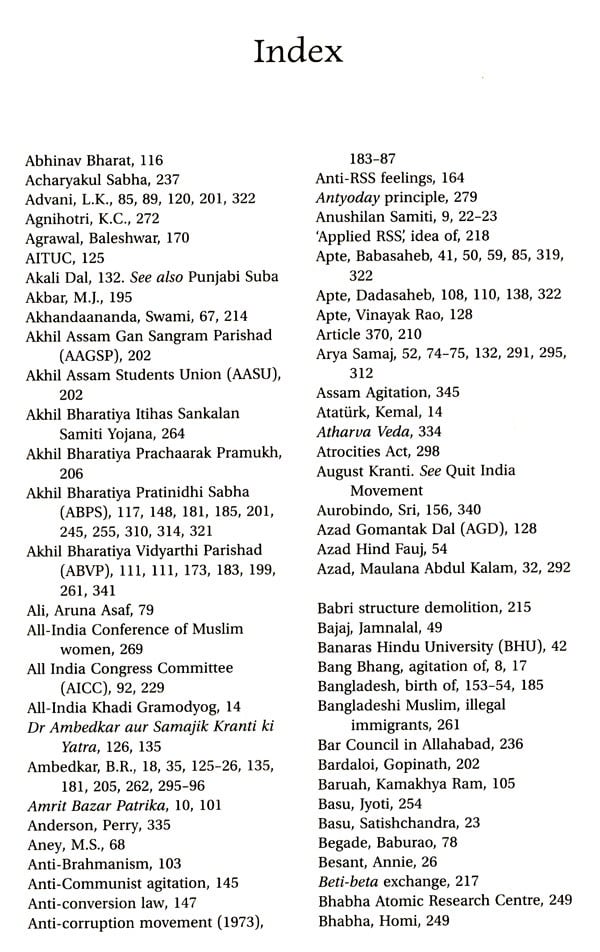 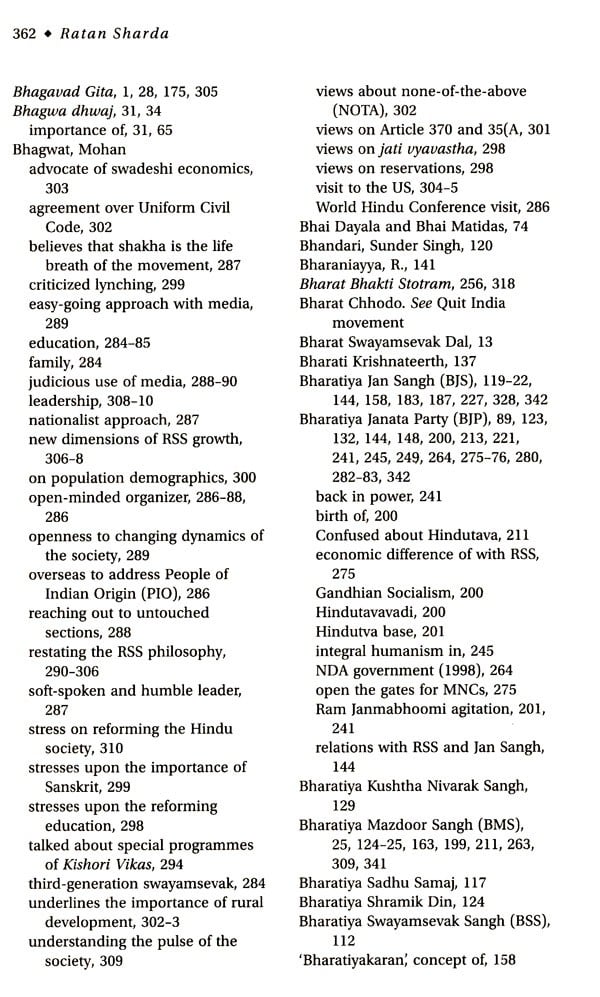